Hi and Welcome! This section of G4G.IT is for Indie Developers, you can submit news about your commercial game, Kickstarter project, Mobile game and other news related to your games. You have to register and write a post, the news will be published on a widget on the main site of G4G.IT. Include image (upload or via link), write in english.
Facebook
Pinterest
Twitter 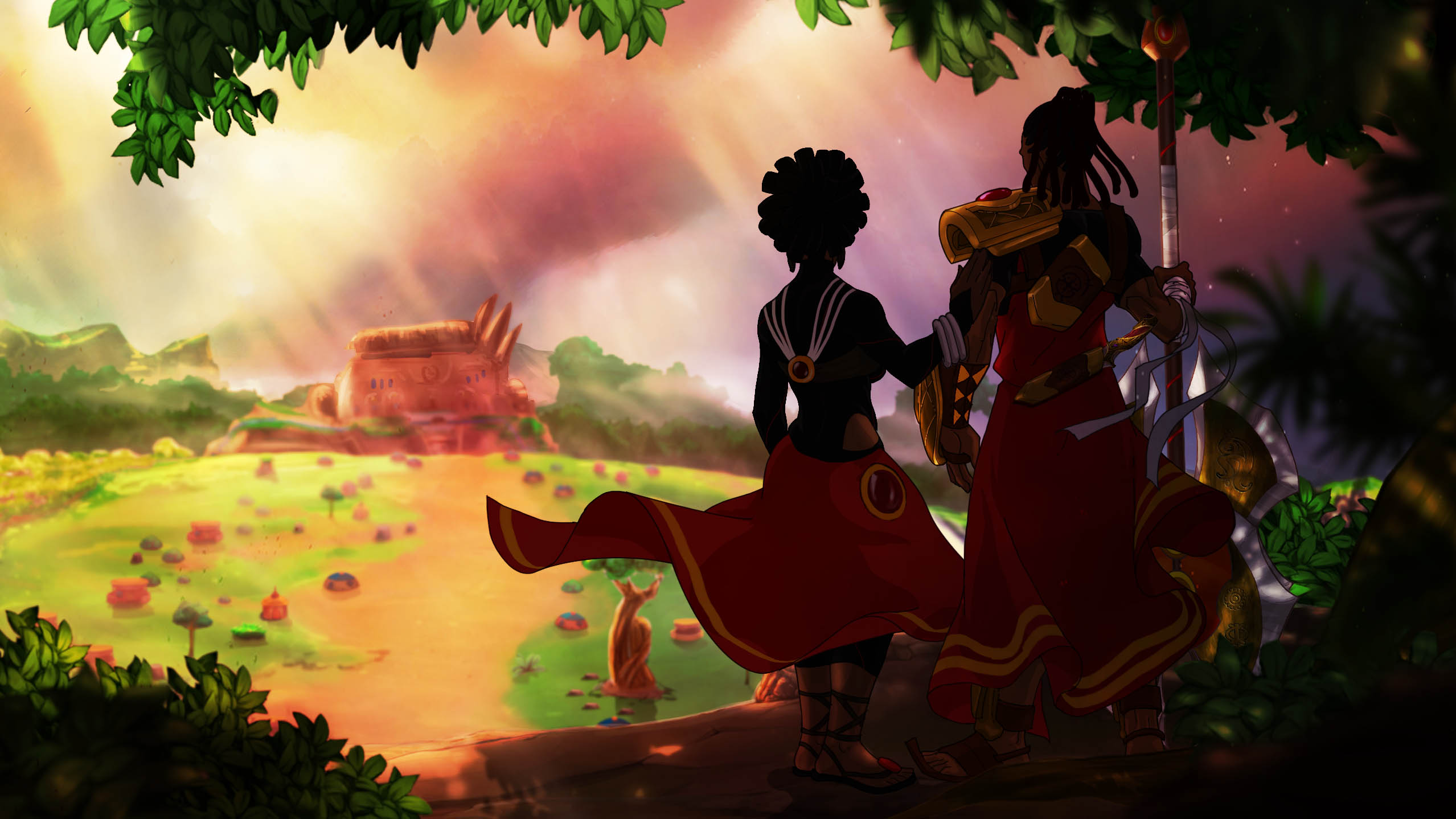 Aurion started its adventure on Kickstarter on September 15, 2015. The campaign reached 40% in less than two weeks. The studio hope it will be a success. Aurion: Legacy of the Kori-Odan is a 2D Fantasy-Action-RPG which pays homage to the culture and legacy of Africa and innovates in the RPG genre.

Aurion features hand-drawn and animated African-style graphics and a deep storyline that unfolds over more than 20 hours of action-packed gameplay that is filled with combat and combos. The dynamic gameplay is partially inspired by the old school Tales Of series, and focuses on 2D real-time combat sequences with narration and environments both drawing deeply from African culture, myths and lore.

The story of Aurion begins with a young prince named Enzo Kori-Odan. on the eve of his coronation and wedding day with Erine Evou. Little did he know that Ngarba Evou, his new brother-in-law, plotted to overthrow him. 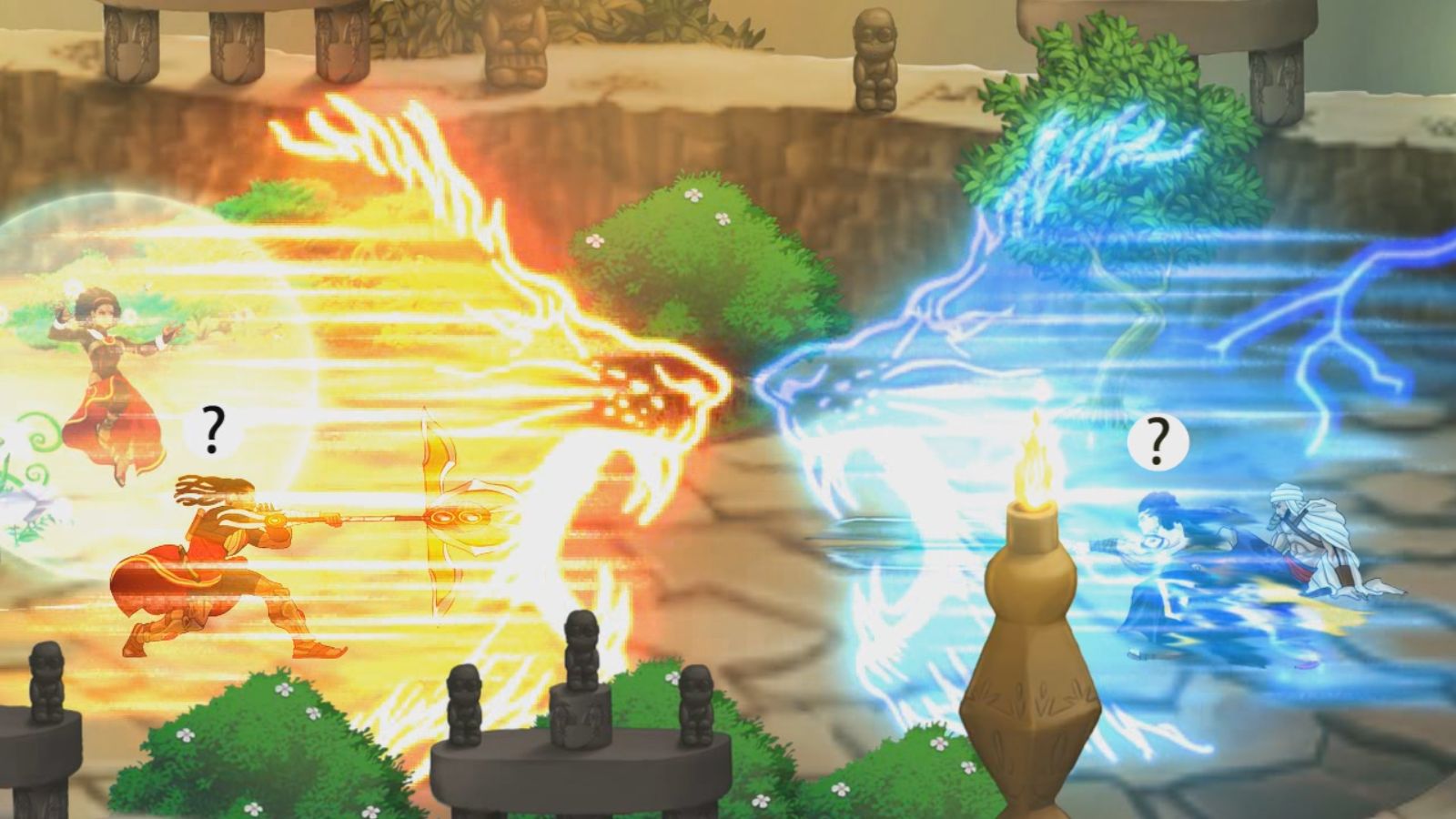 Through thrillingly executed, combo-heavy action sequences, Erine and Enzo will redefine their bond, rescue the land from its villains, and restore their legacy. Working together and using their Aurionic powers — mystical and mysterious energy not unlike the “Force” from Star Wars — they combat their enemies in an attempt to win back the throne. 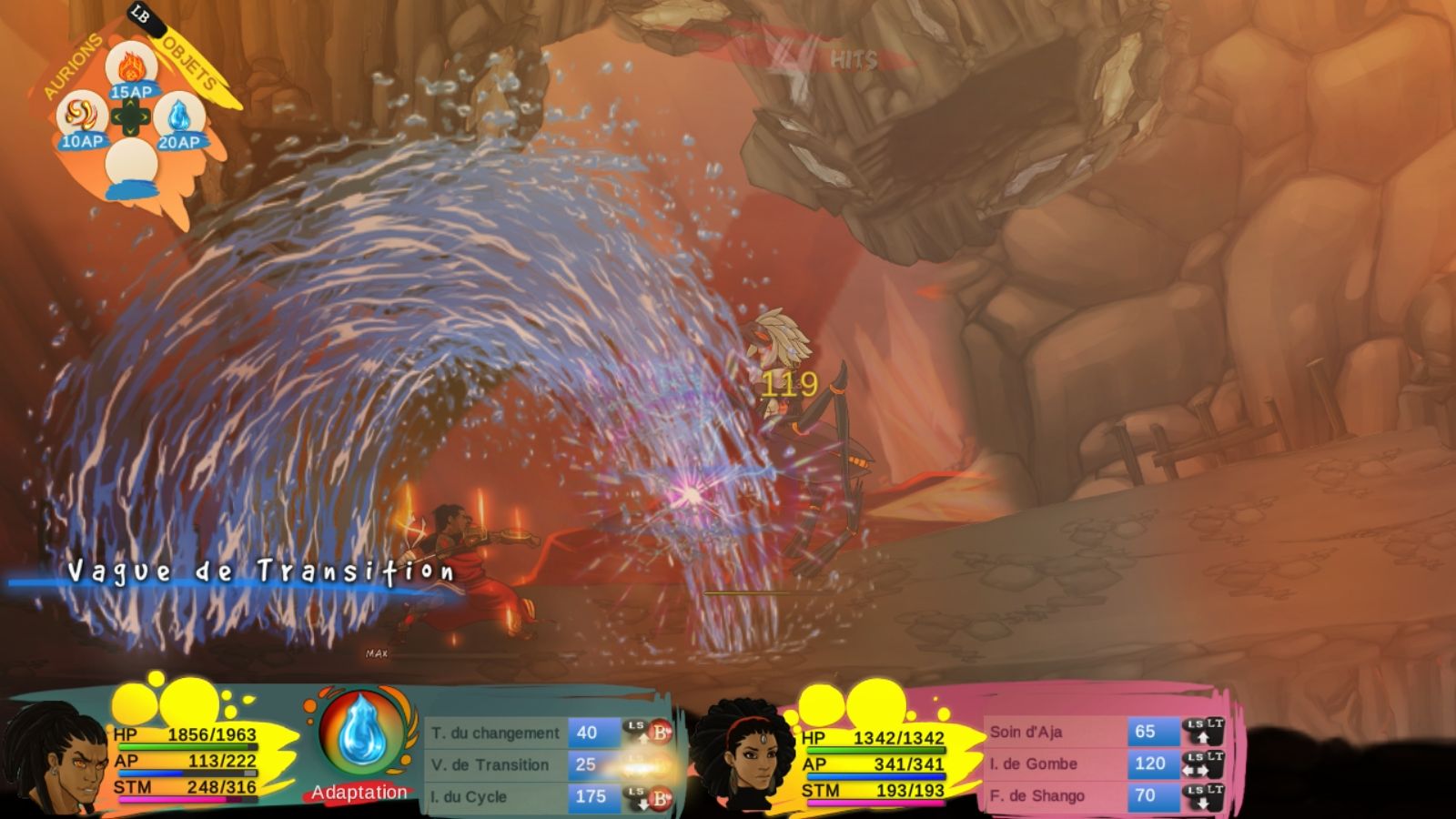 The hero Enzo in combat with Manyang Ant, an ennemy in the game

The funds being raised through Kickstarter will go to final development of the game including updates to the Interface, beautiful new hand-drawn characters and animation, and possibly toward new hires and support for additional platforms.